Divorce and The Matrimonial Home: Who Gets the Home? 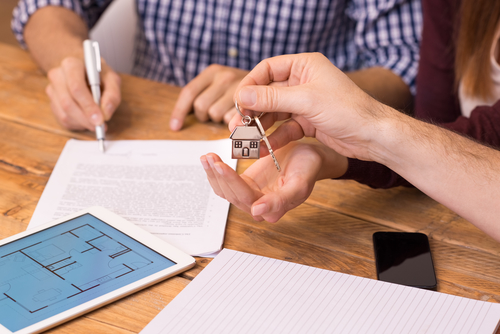 One frequently asked question during divorce proceedings is “who gets the matrimonial home?” To answer this questionwould require a consideration of several different factors and does require discussing this matter in greater detail with your Ottawa divorce lawyer. That being said, we will examine a few different situations in greater detail and potential outcomes.

If there is a legally binding prenuptial agreement in effect and the home was acquired prior to the marriage, and details about its disposition in the event of divorce are included in the agreement, then the home would either:

A. Remain the property of the person who owned the home prior to the marriage, or
B. Follow the instructions contained within the agreement for its disposal.

A marriage contract can override the provisions of family law legislation.

In cases where there are no minor children involved in the divorce proceedings, there are several different options available, depending on what the divorcing couple is willing to agree to and their financial situation.

When there are minor children involved in a divorce, the courts will favour protecting the best interests of the children while attempting to maintain a stable home environment. As such, one of the more common solutions is for the custodial parent to remain in the matrimonial home until the children turn 18, or an age over the age of 18 the couple has agreed upon, or after the children have completed certain objectives, such as finishing school or graduating from university.

At that point, then the divorce agreement would detail what would happen to the home, and it could be one of the above options mentioned in the previous section where minor children are not involved in the divorce.
Another option, when the custodial parent cannot feasibly financially afford to remain in the home with the children, is that the home could be sold and the proceeds split, whereupon the custodial parent would establish a new residence with the minor children better suited to his or her finances.

As you can see, while there several different options to decide who gets the home. In reality it really comes down to the circumstances regarding your divorce. Just because you and your ex-spouse come to an agreement does not mean there could not be problems with one person refusing to abide by said agreement.

At which point, you would need to have your family law lawyer take further legal actions against them to enforce the original agreement. Keep in mind that, as a general rule, a court will allow parties to negotiate their own agreement, including what happens to the matrimonial home, as long as the parties have the opportunity to obtain independent legal advice and understand what they are signing.

If you have further questions about the disposition of your matrimonial home and divorce proceedings, or other related family law matters, please feel free to contact Davies Law Firm at 613-688-0462 to schedule a consultation appointment today.