Who gets the ring when couples split? 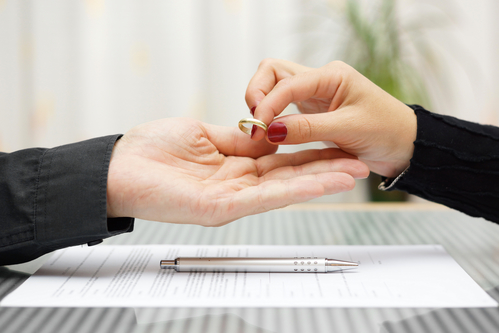 Breaking up is hard to do. Equally difficult: determining how property is divided – and who gets to keep the engagement ring.

Where engaged couples are not living together, the law across Canada is remarkably similar. In Ontario, for example, “If an engaged couple separates, there is no special legislation dealing with the split. The separation of assets is governed by traditional rules regarding ownership of property,” noted Andrew Cox, a family and divorce lawyer with Galbraith Family Law Professional Corporation in Barrie, Ont.

“It does not matter who initiates the separation,” he added. “The rules governing property are all based on traditional property law of ownership.”

The legal implications of this legislative reality can be confusing to clients. “Many people fail to realize that there are no laws that relate to property division where parties are not married,” said Tanya Davies, a family lawyer in Ottawa. “If unmarried couples purchase items jointly, then each party is entitled to 50 per cent of the assets. If one party buys an asset or places an asset in his or her name, it is his or hers alone.”

There is an exception, although it’s hard to prove. If property is purchased in the name of one person but the other half of the engaged couple contributes in some way, perhaps financially, the law of constructive trust can be used. This legal argument must demonstrate that the owner would unjustly benefit if allowed to retain the asset without recognizing the other person’s contribution.

In a landmark decision, Pettkus v. Becker [1980] 2 S.C.R. 834, the Supreme Court of Canada highlighted the three factors that must be present for a constructive trust to exist. There must be an enrichment and a corresponding deprivation. Finally, there can be no juristic reason for the enrichment. “It was necessary not only to determine that one spouse had benefited at the expense of the other and order restitution but also to consider the retention of the benefit to be unjust in the circumstances of the case,” Justice Brian Dickson wrote on behalf of the majority.

Today five jurisdictions, including British Columbia, the Northwest Territories and Saskatchewan, have enacted legislation to treat common law couples as the equivalent of married. Other provinces, such as Nova Scotia, are considering amending their existing matrimonial acts for a more liberal interpretation of “married.” The Nova Scotia Law Reform Commission released a discussion paper in May recommending that common law couples be awarded the same rights as married couples with respect to a division of property upon separation or death.

If the proposed changes are enacted, as anticipated, “This would be the case of the law adapting to become what many people already believe exists,” said Julia Cornish, a family lawyer with Sealy Cornish Coulthard in Halifax.

One of the most topical issues that arises when engaged couples split is who gets the ring. “Courts in Canada have made different rulings on the issue. There is no law that clarifies the approach to be taken,” noted Davies. “Generally, the approach seems to be to treat the engagement as a promise to marry, an oral contract if you will, or a gift subject to a condition—the marriage.”

The engagement ring is then less about romantic intent and love lost but about contractual obligations and who, specifically, breached the contract. In a traditional engagement, if the bride-to-be ends the relationship, the ring would be returned to the groom-to-be, the injured party, unless the groom caused the breakup, by being physically abusive, for example. If the groom breaks it off, then he is in breach of contract and the ring can be seen as damages for the breach, noted Davies. “This contractual approach goes back to case law from the 18th century and has been followed in various Ontario courts up to the present.”

An alternative approach would be to argue the ring was given in contemplation of an event that now will never occur, so the parties return their gifts to each other, she added. “The ‘contract,’ so to speak, is void. This approach treats the marriage as a type of commercial transaction, upon the failure to complete the deal, the parties are returned to their respective positions before the engagement.”

This may be a difficult legal argument to make in the contemporary environment. In Mastromatteo v. Dayball [2011] O.J. No. 1600, the Ontario small claims court found that, “[A] gift is a gift. Once perfected by delivery, it cannot be recovered. Since a promise to marry cannot be enforced, and long after divorce on a no-fault basis became accepted in Canada, the concept of a battle over ownership of the engagement ring appears artificial and anomalous at the very least.”

Disclaimer: This article originally appeared in the January 27, 2017 issue of The Lawyers Weekly.