What Legal Options Are Available If My Spouse Is Being Abusive? 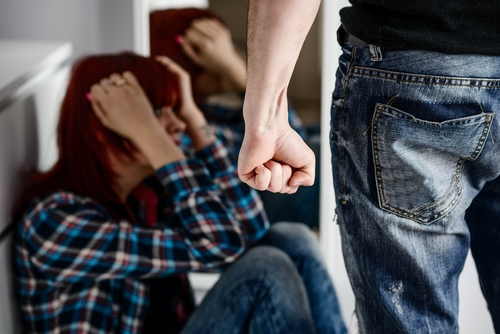 It is not uncommon during divorce and separation proceedings for one spouse to get angry and become abusive. They might not understand the reasons why you are seeking a divorce. They may feel like you are abandoning them. They could even feel you are not living up to their expectations of their marriage ideals and are using the divorce as a way out.

Regardless of the reasons, when one spouse becomes abusive towards another, either verbally or physically, it just adds even more tension and stress to an already difficult and emotional process. Legally, victims of domestic violence do have a few different options they can pursue to ensure their safety and the safety of any minor children under their care.

Initially, the Court will hear testimony from the victim, or read a sworn affidavit outlining the nature of the allegations, along with any supporting evidence they wish to supply Based upon that information, a judge will determine whether a restraining order should be issued. It is highly recommended to have your Ottawa family law lawyer assist with obtaining a restraining order, or in defending yourself against a restraining order brought by your spouse.

Peace bonds are similar to restraining orders but are issued by criminal courts in Ottawa and throughout Ontario. The victim can file for a peace bond at their local criminal court. Once the application is reviewed, a hearing is scheduled, where both the victim and the accused appear in front of judge.

If the judge determines there is sufficient evidence to support the victim’s claim, they will issue a peace bond. The peace bond is normally valid for a year. However, it does provide protection in any province or territory.

Peace bonds are normally part of the processes when a victim initiated a complaint of domestic violence with the police. Domestic violence is a criminal offence and addressed in criminal courts.

Once a complaint has been filed, and the accused charged, the victim cannot get the charges dismissed. However, entering into a peace bond is often an easier alternative to going to trial to deal with an issue of domestic violence, where the accused could face more serious consequences for assault.

If you think you will later have second thoughts about filing a complaint with the police for domestic violence, it is better to obtain a restraining order to ensure you and your children are protected. In addition, if your spouse is convicted and found guilty of domestic violence in criminal court, you may have grounds to request a modification to existing child custody and child access orders. Domestic abuse is a very serious matter and the Courts will treat it as such.

At the same time, if you are charged with domestic abuse or your spouse seeks a restraining order or a peace bond against you, it is not wise to agree to an order against you just to “get it over with”. If you enter a “guilty” plea in criminal court, for example, and you are dealing with matters in family court, you are not simply going to be able to say that you were not guilty, if you pleaded guilty and were sentenced.

This would most certainly be used against you in family court and could well restrict your interactions with your spouse and even your children. If a judge is concerned about domestic violence, your access could be restricted to supervised access, for example.

For further information about applying for a restraining order, modifying existing child custody and access orders, or to initiate the divorce process, please feel free to contact Davies Law Firm at (613) 688-0462 for a consultation today!