Is It Legally Required to Get Divorced If Spouses Separate? 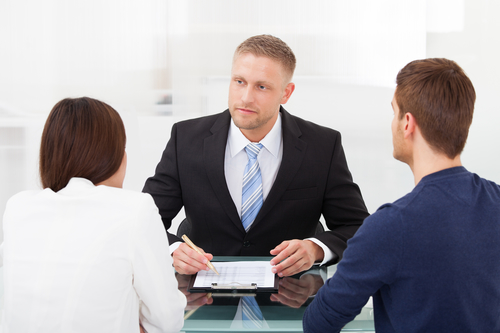 If there is a breakdown in the marriage where the spouses decide to separate, they are not legally required to file for divorce. In some situations, the couple may want to forego the legality of an actual divorce proceeding during a “trial separation.”

This type of situation often occurs where the couple cannot remain together in the marital home under current living conditions. However, they may decide they want to try to work things out but need time away from each other in order to repair the problems in their marriage.

Should the couple decide they are not able to resolve their differences and ultimately want to get divorced, then they can legally file for a divorce. As long as they have been living separate and apart during this time, then the courts will allow them to use the date on which they first separated.

Sometimes, couples will separate but not file for divorce when they have concerns over the financial impact it could have on them individually. For instance, there can be certain tax benefits married couples enjoy and will lose should they get divorced.Ot they could lose their spouse’s company health coverage.

In situations where there are minor children, couples may decide to wait to get divorced until the children are of legal age. This allows the couple to have a say, without the court’s involvement, in matters relating to child visitation schedules and child support. And it sends a message to the children that they are still “a family”.

However, if the couple separates and one spouse is refusing to provide financial support for their children, then this is when you would want to speak to an Ottawa divorce lawyer to take legal action to enforce child support.

What If My Spouse Moved Back In For a Short Period of Time?

During the “trial separation,” if your spouse moved back in temporarily, as long as the total amount of time that you lived together does not exceed a total of ninety days, the courts will still allow you to use the initial date you separated should you decide to legally divorce.

If you got back together for more than ninety days, then the courts would require you to use the more recent separation date as the start date for the mandatory one year waiting period. “Getting back together” involves a genuine attempt to reconcile, not simply living separate and apart under the same roof.

Do We Have to Live in Two Different Homes to Be Separated?

Both spouses can remain in the same home, as this sometimes does occur. For instance, a couple with children may decide it is better if both parents remain in the home so they both have equal access.

From a legal prospective, family law requires the couple to live apart and separate. What this means is the couple should be living their lives on their own as individuals, not a couple. In other words, the couple would be like roommates leading separate lives.

For further questions and legal advice about separation and divorce, please feel free to contact Davie Law Firm at (613) 688-0462 to schedule a consultation appointment today.