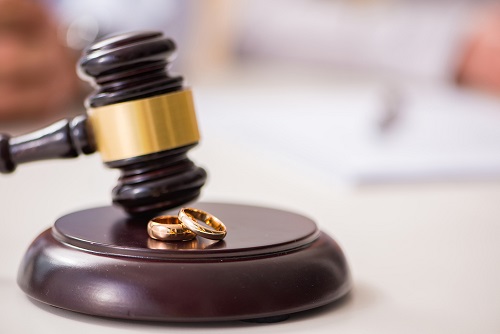 After your final divorce hearing and waiting the mandatory waiting period, you would think your divorce is final and over. Yet, this is not always the case for some divorced couples. Instead, this is the start of a long journey of challenges post-divorce that could find you both back in court numerous times.

Some of the more common reasons you could end up back in court could include, but may not be limited to:

Reason #1: You or your ex-spouse failed to perform an obligation as part of the divorce agreement.

This situation arises when there are specific obligations each party agrees to, like agreeing to pay off certain debts as part of your division of debt agreement. If you fail to pay off these debts or fail to continue to make payments on time, you could find yourself in front of the judge for a contempt proceeding. Contempt means that you failed to adhere to an Order and knowingly or willfully violated said Order.

Reason #2: You or your ex-spouse are requesting a modification to the child custody order.

There are times when one or both parents may want to alter the child custody order. Depending on the circumstances in the case, it can require going back to court to get permission to make the desired modifications. For instance, one party may seek a modification if the custodial parent is refusing access to the children.

Reason #3: To request a modification in child support payments.

If the non-custodial parent has a change in income – either an increase or decrease – that could dramatically affect the amount of child support they pay, a modification can be requested in court. Typically, the non-custodial parent will only request a modification if their earnings decrease as they would be the ones having to pay support. Financial disclosure is provided to make this adjustment and determination.

However, changes to the ordered parenting arrangement may also impact child support. Where a child primarily resides with one parent and has ad hoc parenting time with the other, support is paid by the access parent. If parents are dividing their time with the child or children equally, then child support would be shared.

Reason #4: To challenge the divorce settlement.

If one party was successful in hiding away assets until the divorce was final and the other party finds out, they can request that the court re-open the divorce case. This type of situation can arise where the discovery of the hidden away assets would create an unfair inequity in the division of assets.

Reason #5: To request a modification to spousal support payments.

In cases where one spouse is receiving support payments, either party could request a modification for various reasons. For example, the payor loses their job and got a new job earning less. Another example is the payee goes back to work and is now earning their own income. However, such modifications are based on a material change in circumstance meaning something that has happened but could not have been predicted when the agreement or divorce Order was finalized.

Please remember, these are just a few reasons for going back to court after your divorce is final. If you have further questions, need assistance from a family lawyer in Toronto with modifications, or discovered your ex-spouse hid away assets, contact Davies Law Firm at (416) 363-0064 today, for the legal advice and guidance you need, to protect your interests.