Teens and Divorced Parents: What You Should Know About the Law 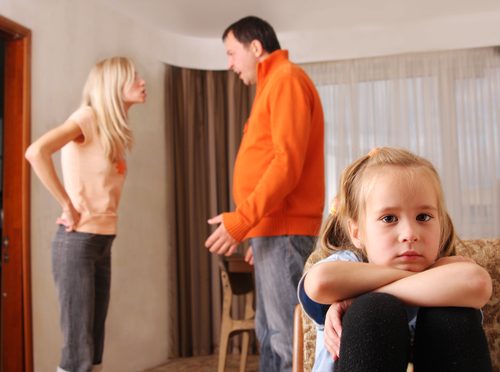 In the world of separated/divorced parents, it is not uncommon for your teen, at some point, to ponder what it would be like to live with their other parent. This is actually quite common in teenage boys who want to feel closer to their fathers and teenage girls who want to spend more time with their mothers.

If your teen informs you they want to live with the other parent, regardless of your emotional response, you do need to keep in mind the reality that their desires must be considered. For a child to move in with your ex-spouse may not always be possible without considerable paperwork, based on the current custody agreement. However, your teen may press the issue further, especially if they have already spoken to the other parent about their desire to move in with them.

Legally, your teen really cannot decide what parent he or she wants to live with, as there are many factors the family courts use to determine the appropriate parenting arrangement between parents and their children. Ultimately, the decision will be based on:” what is best for this child?”  However, the courts do place more weight behind a teenager’s wishes as they get older, typically from age fourteen onwards.

Yet, just because your teen informs the court they want to live with the other parent does not mean that their request will be granted. The courts must weigh what is in the teen’s best interests at the time and what residency arrangement provides them with the most stable and secure environment.

One or both parents can request a modification to the current custody agreement if it is felt that this is best for the child. This should be handled through your own respective family law lawyers in Ottawa to ensure the process is done according to the law and to protect each of your own interests.

Provided that the other parent is fully capable of caring for your teenage son or daughter, and there are no other restrictions regarding the current visitation agreement, such as supervised visitations, the request your teenager has made could potentially be granted, allowing them to live with the other parent.

However, it is important for your teenager to realise that switching households and custodial parents is not something they can do whenever they want. There are often several consequences to post-divorce parenting changes. For example, child support provisions will have to be modified, government benefits changed, school contacts altered, and tax filings amended.

In some cases, the courts may allow your teen a temporary, one-time arrangement, where they are allowed to remain with the other parent for an extended period of time on a trial basis to see if they really like living with the other parent, prior to finalizing and altering the current custody and support agreements. This enables all parties to see if a more permanent change is in the child’s best interests.

In other cases, requesting a modification so that parenting time is more equal could be an appropriate solution for some parents, assuming that the parents live in the same neighbourhood/ school district. Again, it really comes down to what works best for the parents and the teenager under the circumstances.

If you have further questions about child custody or what to do when your teen is saying they want to live with your ex-spouse, please feel free to contact Davies Law Firm at (613) 688-0462 to schedule a consultation appointment today.