Tips for Using Social Media during Your Divorce 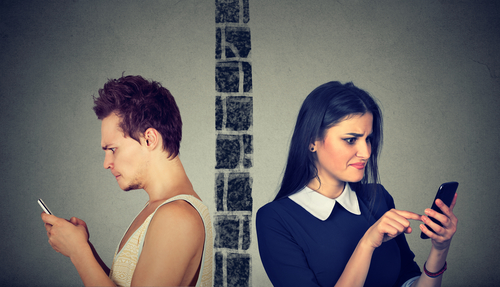 For a select few divorces, things can proceed smoothly and amicably, yet this is the exception, not the rule. For most divorcing couples, going through a divorce can be emotional and stressful. Further adding fuel to an already complex process is how each person uses social media during their divorce proceedings.

Courts today are taking into account social media posts, pictures, and comments when reviewing evidence for various aspects of the proceedings, including but not limited to:

Even though social media can be a great tool and valuable support system to connect with friends and relatives during your divorce, you do need to take extra precautions to protect your interests by using the following suggestions.

Chances are your spouse is still on your friends’ list so they will see anything you post. It is a good idea to unfriend them, as well as any other “mutual” friends during the divorce. This can help prevent your posts being seen by your spouse. In addition, review and update your privacy and security settings to verify who can see your posts.

2. Do not post pictures of newly acquired belongings and property.

You might think it a great idea to show off your new sports car you just bought that your spouse would never allow you to purchase. However, this could be viewed as attempting to dispose of martial assets, namely the cash and trade-in you used for the down payment.
• Tip: Before making major purchases during a divorce, it is best to consult with your Toronto divorce lawyer.

3. Do not bash your spouse on social media.

It is important to show restraint and respect, even though both can be difficult during a divorce. Posting negative comments about your spouse, the divorce proceedings, and other rants can seriously hurt your case if these are brought to light in court. If you need to vent your frustrations do them offline by talking to your lawyer, a counsellor, or trusted friend.

It can be tempting to simply erase your social media presence during a divorce. However, you spouse may view this action as an attempt to hide something from them. It is better to leave accounts as-is and just not use them until the divorce is finalized.

Things are often taken out of context during a contentious divorce. Posting a picture of you with a group of your friends having a fun night out might seem okay to post, but your spouse could attempt to us it against you. Pictures that seem insignificant can quickly become the focal point during child custody and support hearings, or other divorce proceedings.

Your social media usage can be considered evidence during a divorce. The more information you share in public forums only increases the likelihood of your spouse and their lawyer attempting to use it against you.

Remember, Davies Law Firm is here to help you through your divorce. Our law firm has helped many people through complex and contentious divorces. Call (613) 688-0462 now to schedule a consultation.